We were impressed with the location of event itself. It was held at the center for Underwater and Hyperbaric Medicine that was opened back in end of 2016. Visitors had a chance to enter the multiplace chamber as well. Peter Kokalj, general manager of AHA Hyperbarics (on the left) with Dražen Valerijev, President of the Association of Diving Centers Peter Kokalj, general manager of AHA Hyperbarics in the multiplace chamber in Rijeka

Some highlights from event

Igor Barković, M.D., PhD from Clinical Hospital Center Rijeka, was talking about hyperbaric medicine, which “deals with administration of oxygen under pressure as a medical treatment and is another specialized area of medical science that overlaps with Diving Medicine. Both share same basic physical and physiological laws and principles.”

Pasquale Longobardi, M.D. from Ravenna Hyperbaric Centre, Italy, was talking mainly about medical assistance at working diving site. Also, he mentioned our favorite sports, Moto GP and how its racers use hyperbaric oxygen chamber during moto races. He presented a case of using hyperbaric oxygen therapy in the treatment of trauma related to sports injuries. 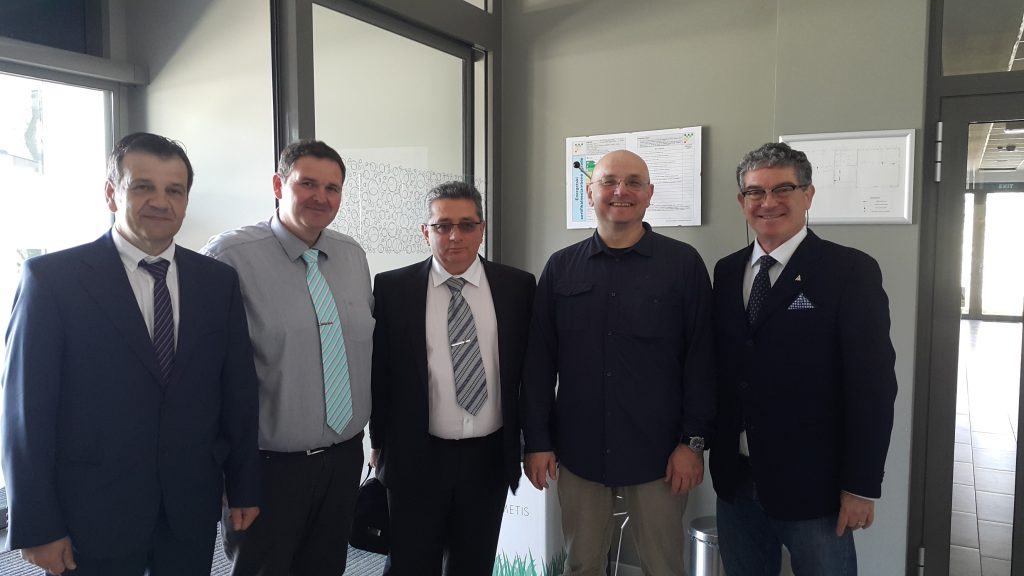 There were also other interesting topics. One of such was the presentation of Jacek Kot, M.d., PhD, Assistant Professor at Medical University of Gdansk, Poland and President of Executive Committee of European Underwater and Baromedical Society (EUBS). He pointed out severe infections treated with hyperbaric oxygen therapy. He said that “the best results of treatment of patients were observed in those cases when the multi-modal approach is used. Intensive care, antibiotics, surgical approach and starting HBOT as soon as possible using high dose of oxygen.” More information about the symposium are available here https://www.hlz.hr/podruznice/24th-symposium-1st-rijeka-symposium-on-hyperbaric-oxygen-theraphy/

There are some other conferences and seminars about hyperbaric oxygen therapy (HBOT) and hyperbaric medicine in future. Just to name some. There is the Baltic International Symposium on Diving & Hyperbaric Medicine that is going to take place end of May 2018 in Poland. And TRICON2018 – 2nd Tricontinental Meeting on Diving and Hyperbaric Medicine will be held in September 2018 in South Africa. More info available on www.eubs.org.